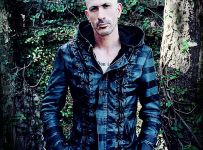 Prior to his directing career, Fabio spent over a dozen years trotting the globe as a journalist in broadcast news, winning nine Emmy Awards and covering big stories like the O.J. Simpson trial, the Papal visit to Cuba, the 1996 Olympics, the Gianni Versace Murder, and assignments in the Middle East, to name a few. He has worked at CBS News, Newspath, WSVN, and CBS and NBC stations in Miami and New York. While at CBS Miami, he created the show ‘Viewfinders,’’ which won 50+ Emmys for his staff. His connections with network news will be instrumental once GQ has results worthy of making world news.