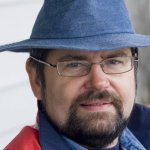 Alex Chionetti is an award-winning journalist, researcher, explorer, and filmmaker. Born in Argentina, he immigrated to the United States to continue his studies in different schools, including MIT, USC, and UCLA. Early on, he worked with legendary filmmaker Roger Corman. His research life ever since has been devoted to lost civilizations, extraterrestrial visitations in both past and present times, and solving scientific enigmas. He was a disciple of the late Dr. Joseph Allen Hynek, the pioneer astronomer who coined the term “Close Encounters of the Third Kind.” Dr. Hynek considered Chionetti to be “the most active field researcher I knew.”

As a global explorer, Alex has devoted almost 30 years to field research, including three expeditions to a system of caves in the Amazon Jungle that present evidence of advanced ancient civilization. In a recent search for a fabled Gold Library of Ecuador, he was attacked by Shuar Indians, who used to be headhunters; he and his guards—special forces of the national police—fled for their lives under spear, dart, and shotgun fire, well earning his reputation as a “true Indiana Jones.”

During the last decade he discovered two pre-Incan cities in the central sierra of Peru, never previously recognized before by official archaeology. Exploring the Chilean high desert, he found figures and lines related to the Nazca lines.
As a producer, Alex’s documentaries have been broadcast on Fox, NBC, A&E, History Channel, Sci-Fi Channel, and other networks, and his work as editor and contributing editor includes hundreds of articles and scientific essays published in newspapers and specialized magazines in several languages. He is author of the book Parallel Worlds. His deep expertise in Latin American, Spanish, and Italian research venues, plus his intimate knowledge of global distribution of quality edutainment content and his strong relationships with theatrical chains, independent cinemas, TV stations, and media conglomerates, including radio and newspapers, make him one of Genesis Quest’s most valuable players.

Alex was an original developer of the Ancient Aliens pilot and the first two seasons, in which his original ideas based on his research helped to create episodes such as “Mysterious Worlds,” where he brought for the first time to American audiences subjects as the Zone of Silence in Mexico and the Markahuasi Plateau and the Amaru Muru Door in Peru, and later “Underground Aliens,” where he brought the mysteries of the Cave of Tayos and the Metal Library, and “Underwater Aliens,” as a few of his contributions still used in remaining seasons.

Recently Alex was asked to design a six-hour episodic series for Discovery Channel about lost treasures in the South American jungles, and he is developing Spanish-language content for National Geographic Channels. Currently, Alex is organizing an expedition to find a sunken 19th-century vessel in the Atlantic. 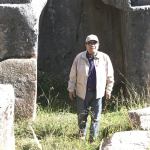 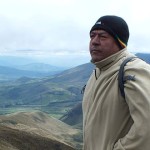 Dedicated professional archaeologist Rodrigo Hidalgo studied at the Universidad Nacional de Loja and Universidad Tecnica Particular de Loja in Ecuador. Interested in ancient cultures, tourism, and research, he has taught math in Loja and managed a tourism company there. Rodrigo has significant expertise on the petroglyphs of southern Ecuador and the giants who are said to have populated the region during prehistoric times… 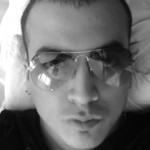 Dickson Rodriguez was born in Cariamanga, Ecuador, where he graduated in 1999 with a degree in digital programming at the local university, while completing his diploma in 2000 at Mariano Samaniego High School. He went to London in 2001 on a student visa to learn English, obtaining certificates in web design and information systems management. In 2007 he returned to Ecuador for about a year to help his family by working on their farm. The farm, which has been in Dickson’s family for generations, is divided into two parts, one on a foothill of the sacred mountain, and the other one close to the mountain, about 25 minutes by foot from Cariamanga…
rest HERE