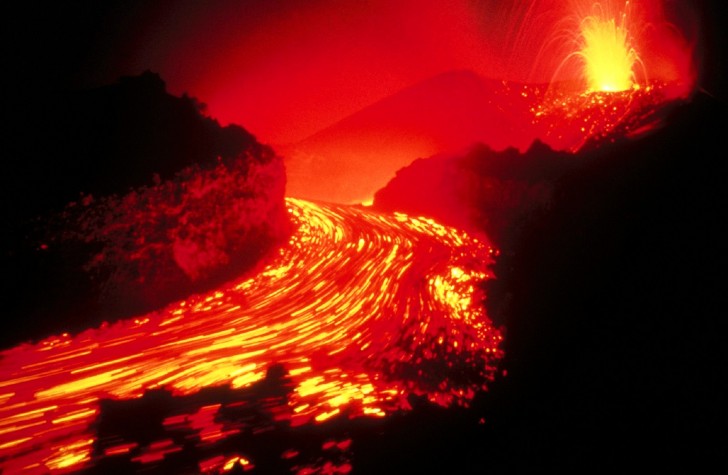 “Study leader Ashton Flinders from the University of Rhode Island and his colleagues have determined that it is the eruptions of lava on the surface, extrusion, which grow Hawaiian volcanoes, rather than internal emplacement of magma, as was previously thought.

Before this study, most scientists thought that Hawaiian volcanoes grew primarily internally – by magma intruding into rock and solidifying before it reaches the surface.

While this type of growth does occur, along Kilauea’s East Rift Zone, for example, it does not appear to be representative of the overall history of how the Hawaiian Islands formed.

Previous estimates of the internal-to-extrusive ratios – internally emplaced magma versus extrusive lava flow – were based on observations over a very short time frame, in the geologic sense.

Flinders with co-authors compiled historical land-based gravity surveys with more recent surveys on the Big Island of Hawaii and Kauai, along with recent marine surveys. These types of data sets allow scientists to infer processes that have taken place over longer time periods.

“The discrepancy we see between our estimate and these past estimates emphasizes that the short term processes we currently see in Hawaii do not represent the predominant character of their volcanic activity,” Ashton Flinders said.