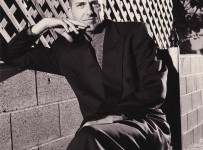 After classical training at conservatories in the UK and the US, then taking advanced studies in business and communications, Charley met and became part of the writing/producing coteries that supported the Elton John Band, Rolling Stones, and Alice Cooper, as well as band-mates from Sting, Madonna, Kenny Loggins, and many other notables. This success led to being named Managing Director of the largest independent music label in the world, overseeing its contemporary music division and its entire staff. During his tenure, Charley witnessed advancing technologies’ effects on the old business model and began developing one of the earliest iterations of digital music transfer over phone, cable, T1, and fiber optic lines. It came into use in studio-to-studio sessions in anticipation of emerging peer-to-peer Internet file sharing.

Seeking to match his musical background with his visual sense and writing for the screen, Charley then began crafting film and television development scenarios for Tri-Star, Warner Brothers, Brillstein-Grey, King World, CBS, Lion’s Gate, NBC, F/X, and Fox. He also enjoyed the privilege of acting as Executive Producer and Creator for the Comedy Stores in Hollywood, Las Vegas, and Universal Studios, working with Sam Kinison, Andrew Dice Clay, Roseanne, Robin Williams, Richard Pryor, and Eddie Murphy in what many consider to be the great comedy renaissance of our time.

Never taking his eye off the exponential advancement of technology and its marriage to entertainment, Charley and his co-founders conceptualized the SEETV digital distribution platform for streaming programming content and harvesting valuable user data. Charley has spent the last three years conceptualizing the platform, recruiting the necessary talent, and formulating and developing the various shows, including SEETV’S flagship offering, a half-hour comedy that stars Lewis Black, Kathleen Madigan, Joel Murray, and Dann Florek.

On the personal front, Charley has played golf at a highly competitive level for many years, competing in the US Amateur, The National Public Links, The National Mid-Amateur, and The US Open Championship. He has been a sustaining member of Earthwatch, The World Wildlife Fund, Amnesty International, Sierra Club, and The Cousteau Society for twenty-five years.