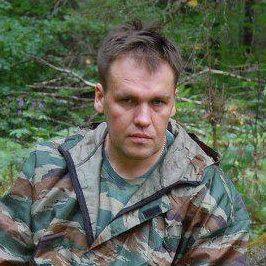 As CEO of KinoMarket Creative Association, Nikolay has created stories for the Ren-TV documentary TV channel, TV3, and other channels in Russia. He has produced dozens of TV stories on paranormal phenomena, appearing on news channels in Russia as well as the United States, France, England, Japan, Poland, and other countries.

Nikolay has organized international scientific conferences in Russia in 1996, 2005-2006, and 2009-2013 and participated in UFO research expeditions to Perm and Sverdlovsk, Russia, the Tien Shan mountains in central Asia, and Egypt, including several alleged UFO crash sites.

Nikolay has written more than 400 articles about prehistoric mysteries and paranormal phenomena and is the author of a new conception of the history of ancient civilizations. A winner of literary competitions, Nikolay has carried out several joint projects with Western researchers. His book The Russian Bermuda Triangle documents the most famous anomalous zone in Russia.

Nikolay was awarded the Medal of the Ecology of the Unknown Association for his contribution to the comprehension of the unknown (2013). An expert on little-known Russian megaliths, he promises to be an exceptional addition to the Genesis Quest team. Welcome Nikolay!