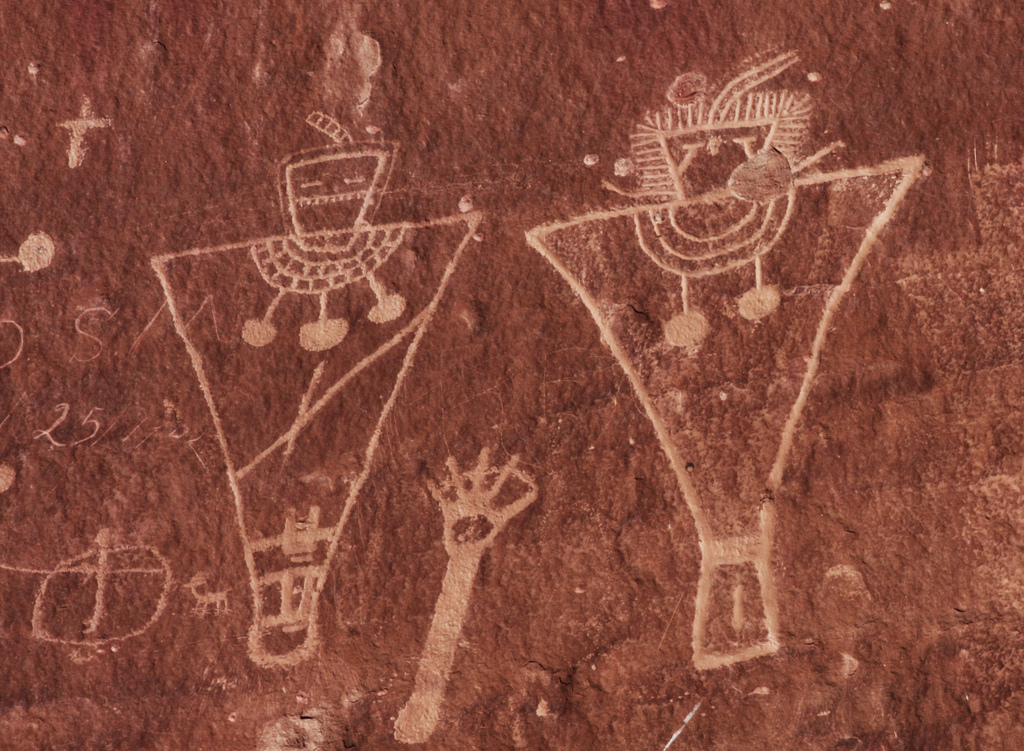 Discoveries Challenge Beliefs on Humans’ Arrival in the Americas

Preserved amid the bromeliad-encrusted plateaus that tower over the thorn forests of northeast Brazil, the ancient rock art depicts fierce battles among tribesmen, orgiastic scenes of prehistoric revelry and hunters pursuing their game, spears in hand.

“These were stunning compositions, people and animals together, not just figures alone,” said Dr. Guidon, 81, remembering what first lured her and other archaeologists in the 1970s to this remote site where jaguars still prowl.

Hidden in the rock shelters where prehistoric humans once lived, the paintings number in the thousands. Some are thought to be more than 9,000 years old and perhaps even far more ancient. Painted in red ocher, they rank among the most revealing testaments anywhere in the Americas to what life was like millenniums before the European conquest began a mere five centuries ago.

But it is what excavators found when they started digging in the shadows of the rock art that is contributing to a pivotal re-evaluation of human history in the hemisphere.

Researchers here say they have unearthed stone tools proving that humans reached what is now northeast Brazil as early as 22,000 years ago. Their discovery adds to the growing body of research upending a prevailing belief of 20th-century archaeology in the United States known as the Clovis model, which holds that people first arrived in the Americas from Asia about 13,000 years ago.

“If they’re right, and there’s a great possibility that they are, that will change everything we know about the settlement of the Americas,” said Walter Neves, an evolutionary anthropologist at the University of São Paulo whose own analysis of an 11,000-year-old skull in Brazil implies that some ancient Americans resembled aboriginal Australians more than they did Asians…”